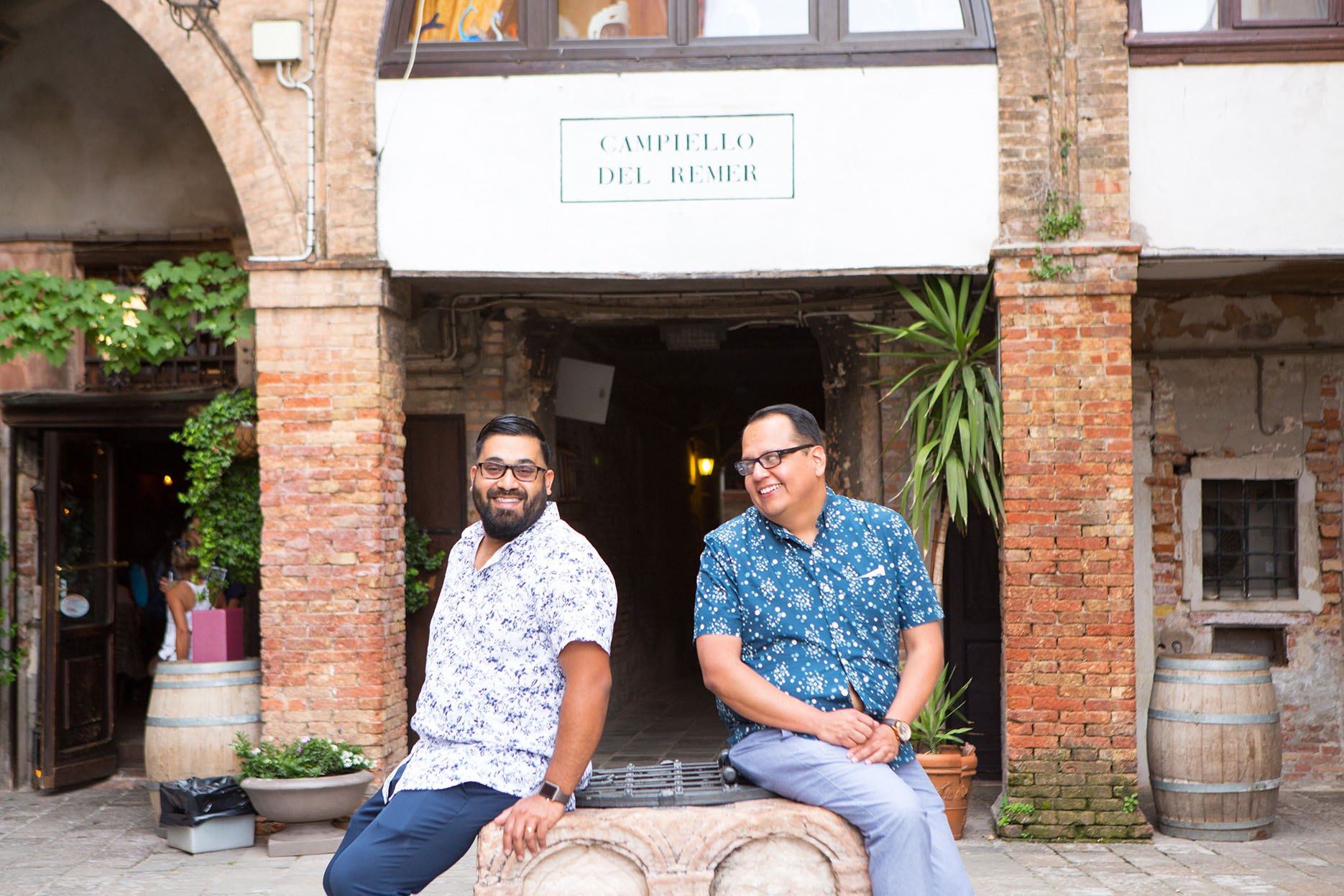 Jesse had a beautiful surprise proposal outside the Campiello del Remer, a very nice spot in Venice.

Fernando’s proposal took not only Jesse by surprise but also the people who were sitting the pear enjoying the views over the canal.

The taxi picked us up from there and we went along the Great Canal until we reached Piazza San Marco where sun hitting on Chiesa di San Marco and warming up the first afternoon of the now engaged couple.