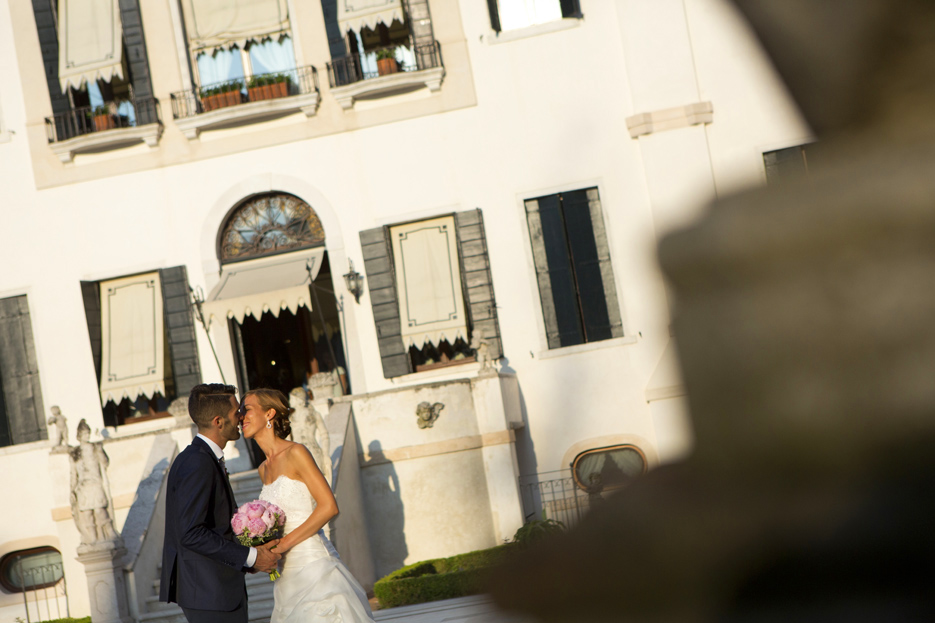 As native Venetians Chiara and Elia have lost their hearts to each other as well as to their fascinating home country. The only place where they wanted to seal their love was in Venetia and nowhere else. In the charming and historical region between the Brenta canal and the laguna they have found the most romantic scene to say „Yes“. It was a hot afternoon in July when the two of them walked down the aisle in San Girolamo, Mestre`s oldest church, to celebrate their wedding with family and friends: Classic, traditional and heartily, with style, Venetian happiness and a Volkswagen Beetle that took them to the wedding party at Villa Franceschi on the banks of the river Brenta. There, where 300 years ago the jewellers of Venice`s doges had lived, the couple and their guests passed the most unforgettable moments….for ever.